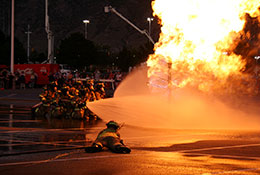 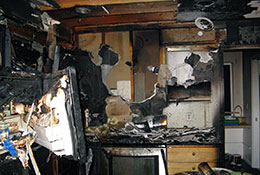 Annual InspectionsThe Fire Marshal's Office oversees the annual inspection of businesses in Provo. The purpose of these inspections is to improve the fire/life safety for all residents and visitors. Annual fire inspections are completed by your neighborhood fire station. To schedule an inspection, please call (801) 852-6344.

Provo Fire & Rescue moved into its new Operations Building January of 2007. During the microburst storm in August of 2006, the old airport building was destroyed. This event made it possible for Provo to build a new Operations Center. In this building is housed two 1988 Oshkosh ARFF (Airport Rescue and Firefighting) trucks, Red 1 and Red 2. Only during “Part 139” commercial and charter take offs and landings will there be Firefighters on site. These firefighters are trained in Airport Crash Firefighting and are inspected every year by the FAA. Also, at the Operations Center is the Airport Manager. The manager oversees the daily operations of Provo Airport, the safety of the Airport and is the liaison for the Airport Tower.