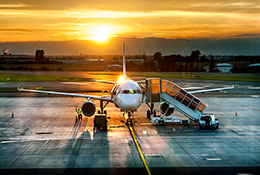 It's great flying out of Provo! The Provo Airport provides commercial service as well as being a general aviation airfield.

Information on scheduled commercial flights, businesses and amenities located at the airport can be found here on our airport web page.

- If you would still rather use Center Street, take Provo Center Street westbound to 3110 W, turn left and follow the road until you reach Mike Jense Parkway, then turn right.  If using I-15, take exit 265 (Center Street) westbound.  NOTE: With Provo City west-side development, traffic on Center Street could be delayed. Plan your time accordingly. If you are going to fly a drone within five miles of the airport, you need to call the Provo Air Traffic Control Tower and let them know when and where this will take place. The tower phone number is 801-377-1760. 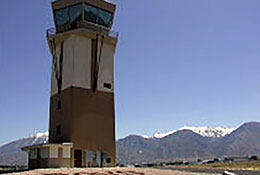