For a current map of the projects described below, click here for the Provo City Construction Project Map. 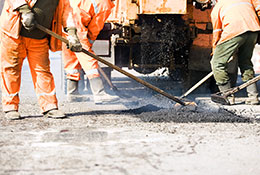 The 2019 Provo City Street Rehabilitation project is a maintenance project intended to repair and resurface substandard street pavement and provide routine preventative maintenance on various streets throughout Provo City. Work on the project varies from simple surface seal applications on newer streets to full removal and replacement of deteriorated street sections. The project is partially funded through the Utility Transportation Fund and will begin mid-April. It is scheduled to be completed mid-September. A map of potential streets to be completed as part of the project can be found here. 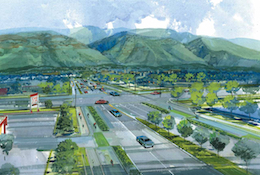 The 500 West project stretches from Bulldog Boulevard down to 500 South. This project will include improvements that will increase vehicle and pedestrian safety along with replacing utility lines and drainage systems. This project will include adding bike lanes, raised medians, wider sidewalks and a 10-foot trail on the east side. The asphalt will also be replaced with concrete. For more information you can receive updates by sending an email to provo500w@utah.gov. Provo's wastewater treatment plant was constructed in 1956 and is in need of new infrastructure. The new water reclamation facility is being designed to meet new state standards and increase the capacity of the wastewater system. This new facility will be built at the same location of the existing site.