On June 18, 2013, the governing board of the Redevelopment Agency of Provo City held a public hearing on a Provo City Redevelopment Agency proposal to create a new Center Street Community Development Project Area (CDA). Creating this Project Area was the first step, specified in Utah law, toward being able to continue the use of tax increment financing in the area of downtown Provo from 600 West to 200 East, 100 North to 100 South. Provo City believes it is important to take this step so that as specific redevelopment projects come along in this area in the future, the City can at least consider using tax increment, along with other possible tools, to bring these projects to fruition for the benefit of the community, the local economy, and the growth of the tax base upon which local government agencies rely in providing services to their residents.

TIF does not impose a property tax hike for anyone. The redeveloped property pays the same increased tax they would have paid by virtue of simply increasing the value of the property. TIF provides a way to help offset some of the cost of the redevelopment in order to persuade the developer to redevelop the property.

The June 18 public hearing was about creating a community development project area (CDA) where TIF may then be employed. It is a first step, opening the door to the property taxing entities being able to use TIF for future development projects in the CDA. However, this step does not bind the taxing entities to use of future property tax in any way. Later on, before any of the property tax increment could be used to bring about new development, the Redevelopment Agency would need to bring the taxing entities a specific project proposal for their consideration, and they would need to agree and to voluntarily approve an interlocal agreement with the Provo Redevelopment Agency consenting to that use of the tax increment. Without a taxing entity’s consent at that point, its tax increment could not be employed in this way. However, by creating the CDA on June 18, Provo will have met the first step set forth in State law.

The Center Street CDA covers much of the same territory included in the existing Central Business District Redevelopment Project Area, adopted in the 1970’s. Ability to use TIF in the Central Business District Area expires after 2015. Provo City believes there is more yet to do in the downtown, including some things which may justify TIF again – hence, the City’s establishing a new CDA at this time. 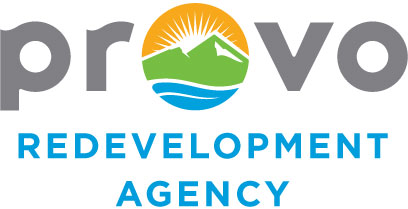